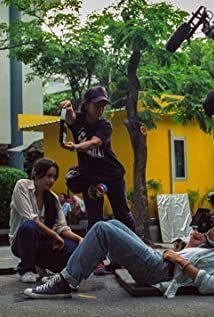 Krystal Vee is known for her performance in "Scorpion King 3," which played the role of Princess Silda, directed by Roel Reine. Born in Bangkok, Thailand as the second daughter of a Thai father and a British mother. As a result of her father's Diplomatic work she spent a total of six years living in Russia where she attended an Anglo-American School.At the age of eight she did her first TV commercial before heading back to Russia for the second time. Upon returning to Thailand, Krystal was immediately sourced for TV commercials and by the age of 15 she was actively working throughout Asia. At age 17, she landed her first film role in Maid (2004) and soon after starred in a number of local Thai TV sitcoms.Krystal worked as a model in Singapore, Hong Kong, China, Malaysia, Philippines, and upon returning to Thailand in 2008 she got a role in Street Fighter: The Legend of Chun-Li (2009), starring Kristin Kreuk, Chris Klein, and Neil McDonough.Upon completion of her first role in a Hollywood feature film she landed her first onscreen leading role in an independent film called The Lazarus Papers (2009) starring Danny Trejo, Gary Daniels, Tiny Lister, and Bai Ling.As a result of her Hollywood movies she continues to work and live both in Los Angeles and Thailand.

The Scorpion King 3: Battle for Redemption

Street Fighter: The Legend of Chun-Li