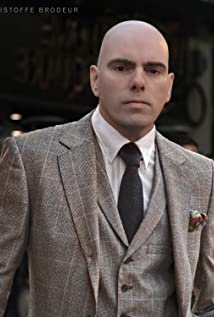 Creating characters on live television including mainly comedy. A favorite is Kevin The Friendly Motion Capture Dragon with Jon Stewart, Chris Rock and Adam Sandler on A Night of Too Many Stars. Then live broadcasts for 30 minutes as The Young Abraham Lincoln in US Weekly Live! and George Washington presents on FOX 5 NYC July 3rd where he poked fun at the Weekend update team all morning in character. Impractical Jokers where he teased SAL about with his giant feet in 'Footloose'. And a few others with on Samantha Bee's "Full Frontal".He has been on many Marvel projects from characters, stand in, stunt placement and even a dead body every now and then including Luke Cage, Jessica Jones, Daredevil, and other projects upcoming. Going from Netflix to Disney feature films is in the making.Kristoffe Brodeur began dancing at age 15 and progressed into acting and movement theatre. He studied modern with Twyla Tharp and other groups. Then he began 3d animation and motion capture of dance and acting as well. From building humans in 3d for various projects and video editing with effects in broadcast, film and commercial projects, acting came together and became stronger than just a fond hobby. He has done motion capture acting, voice over, and characters for Sloth from The Goonies, Zombies in TMNT II, The Jim Gaffigan Show, and other commercial roles, and a demonic slime monster in another music video.He is also a stuntman with fighting, falls, jumping, flame and fire effects, but would like to stay more in the virtual world more than practical effects of stunts. Characters, wigs, makeup and prosthetics all add to his range of acting along with virtual 2d and 3d roles. A series of projects he wishes to work with as SAG are Star Wars, X-Men, and Mad Max among other ILM, Disney and Dreamworks projects.His influences are Jim Carrey, Christopher Reeves, Robin Williams, and Harrison Ford. That might be more of an admiration list actually.