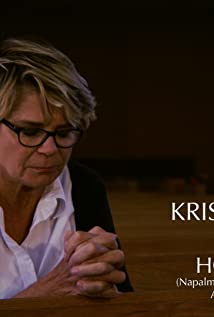 Kristine was raised on a small self-sufficient farm in upstate New York. As a young girl, she took ballet and studied voice. At 14, she began modeling for Macy's. During her freshman year of high school, Kristine auditioned for and won the part of Marta in the musical The Sound Of Music. The following summer, the now-famous Mac-Haydn Theatre opened in DeBell's hometown, featuring The Sound Of Music as its last show of its season. Kristine auditioned for the part of Marta again, however producers felt her voice was too mature and cast her as the naughty postulant. This was the beginning of a fruitful four performance seasons with The Mac-Haydn Theatre. After graduation from high school and a year at Berkeley College studying Fashion Merchandising, Kristine began modeling for Ford Models in NYC. She later moved into acting and is known for starring in an X-rated film version of Alice in Wonderland . She was on the April 1976 cover of Playboy, photographed by Suze Randall, and appeared in the Helmut Newton pictorial, "200 Motels, or How I Spent My Summer Vacation"( August, 1976), from which 11 original prints were sold at auctions of Playboy archives by Butterfields in 2002 for $21,075 and three by Christies in December 2003 for $26,290. Kristine starred in a number of motion pictures including Meatballs (Bill Murray's first film and Ivan Reitman's directorial debut), Blood Brothers (Richard Gere's first film, directed by Robert Mulligan), and The Big Brawl (Jackie Chan's first American film). Kristine also starred in a number of television pilots throughout the early 1980's, and enjoyed many guest-star appearances in episodic television and movies of the week, including Night Court, and the award-winning soap opera The Young & The Restless. DeBell left the film and television industry in the mid-1980's to raise her children on a thoroughbred farm in upstate New York. Her passion for theater brought her back to the stage, and she began starring in many regional theater productions. One of her most memorable performances was as Blanche Dubois in Tennessee Williams' A Streetcar Named Desire. Since moving back to Los Angeles in 2008, she has enjoyed steady work as a film and television actress.

Stranger at the Pentagon