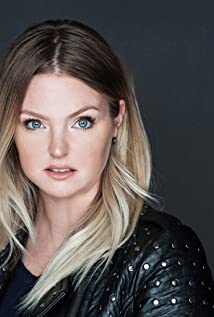 Kristin Fairlie is an award-winning actress and singer. She made her feature film debut, opposite Demi Moore, Gary Oldman and Robert Duvall in The Scarlet Letter (1995). Kristin is a Young Artist of Hollywood Award Winner for her lead role in the movie The Sweetest Gift (1998). She has starred opposite such noted talent as Anne Heche, Kristen Bell, Diahann Carroll and Laura Dern, and was cast by Sofia Coppola in the film, The Virgin Suicides (1999). Kristin starred as the voice of "Little Bear" in the Daytime Emmy nominated & Gemini Award-winning, Nickelodeon/Nelvana animated series, Little Bear (1995) and The Little Bear Movie (2001). She starred as "Young Babar" in the animated feature film Babar: King of the Elephants (1999), and appeared on the film's soundtrack. She is the voice of surfer girls' "Bridgette" on Cartoon Network's #1 series Total Dramarama Total Drama (2007), and Total Drama Island/Action/World Tour as well as the voice of "Emma" on Stoked (2009) (Teletoon/Cartoon Network) and the Teletoon animated series "Detentionairre". Kristin has appeared as a guest star on the The Listener, Murdoch Mysteries, series, Flashpoint (2008) hailed by The Globe and Mail as "a chillingly convincing portrayal of a gang leader". Kristin was a recurring cast member on the teen series, Renegadepress.com (2004) and later joined the cast of Nickelodeon's Instant Star (2004), playing "Megan", the villain of the final season. She starred opposite Kristen Bell, Anne Heche & Diane Ladd in the film Gracies Choice, based on the true story. She also starred opposite Michelle Trachtenberg in the movie The Dive From Clausen's Pier. Kristin appeared in the award-winning indie comedy You Might as Well Live (2009) as untalented pop singer, "Stormy Blaze". Her performance of Stormy's first single garnered her a mention in Variety Magazine: "The soundtrack standout (duly reprised under closing credits) is " Stormy Blaze", aka the sister's hilariously heinous debut single". Most recently, Kristin appears in a cameo in the indie comedy Moon Point (2011), and in the Julia Roberts-produced film, Jesus Henry Christ (2011) (Toni Collette, Michael Sheen). She has been the voice of Family Channel since 2012.

The Dive from Clausen's Pier

A Mother's Fight for Justice

Babar: King of the Elephants