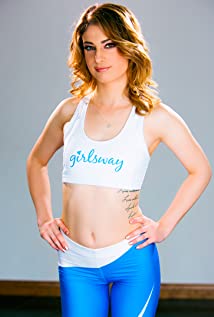 Kristen was born on March 13, 1995 in San Diego, California. Miss Scott is less than one year in the industry and so far she was filming only girl on girl, girl threesomes and solo scenes. She immediately won her fans hearts and they were constantly cheering for her to do straight sex. When she moved to South California, it was assumed that she did it because she got more work to do. Within one year, Kristen decided to give in and start filming boy on girl scenes. Being natural and slim, it a matter of time when she would end up in teen or spinner scenes. A few days ago, she posted a poster from her upcoming scenes she did for Blacked. Kristen has a tattoo on her left hip. Her fan base is constantly growing bigger and she proves that she takes steady steps towards her goals. She was named as Girlsway's "Girl of the Month" for May 2017 and "Teen of the Year" in their first ever Girlsway Fan Awards