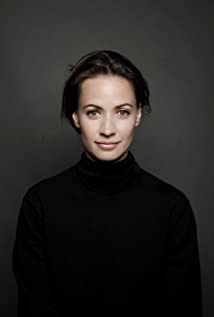 Kristen Lee Gutoskie was born in Toronto, Ontario, to Linda, a nurse, and Bob, a computer salesman, and was raised in the city's quiet suburb of Markham. With the support of her loving parents and older sister Shauna, she participated in school theatre productions while taking singing and piano lessons after the bell rang. During her adolescent years she was inspired to dance, and traveled the country with her studio's hip hop team. She would take improv classes on weekends at Toronto's The Second City. She graduated with Honours from Wilfrid Laurier University, and studied as an exchange student at ACU in Australia where she performed in a staging of the Australian play Cosi, by Louis Nowra. She spends her free time mentoring youth for Good City Mentors and playing music for kids with Art of Elysium.She is known for her roles in the E4's Beaver Falls, CW shows Containment and The Vampire Diaries, and musical film The Dust Storm, directed by Ryan Lacen. She wrote and performed songs in both Containment and The Dust Storm.Kristen can also be seen in Hulu's The Handmaid's Tale, Go90's Relationship Status, and Fox's Lethal Weapon.