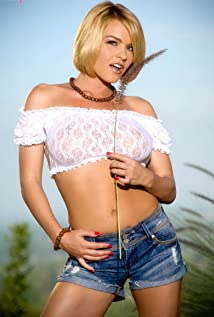 Busty and shapely 5'3" Krissy Lynn was born on December 14, 1984 in Salt Lake City, Utah. Krissy began in the adult entertainment industry working as an exotic dancer at the strip club Southern Exposure in Utah for a year. Lynn moved to Las Vegas, Nevada and continued to work as a dancer at the gentleman's club Sapphire. While in Vegas she met people in the adult industry. This led directly to Krissy becoming involved with the porn film business. She signed a contract with the top agency LA Direct Models in September, 2008 and began performing in explicit hardcore movies in her mid 20s in 2009. Lynn has worked for such major companies as Vivid, Hustler, Wicked, and Pure Play. She won an AVN Award for Best Three-Way Sex Scene in 2011. She was nominated for five AVN awards for 2012, but did not win. Lynn enjoys hiking,exercising,and living a healthy lifestyle. She is now travelling the country with her fiancé and working remotely. She can be found online at clips 4 sale store number 87117. Lynn has a strong fan base and is said to be one of the nicest adult film stars in the business. She answers fan mail, messages, texts and calls. She takes requests from fans for clips as well. She is also involved with the empower network. Follow her online travels by typing in her name and blog.

Strippers from Another World