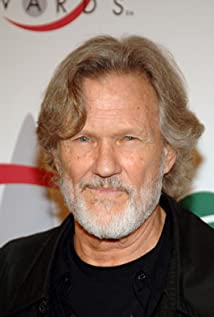 Kris Kristofferson was born in Brownsville, Texas, to Mary Ann (Ashbrook) and Lars Henry Kristofferson. His paternal grandparents were Swedish, and his father was a United States Air Force general who pushed his son to a military career. Kris was a Golden Gloves boxer and went to Pomona College in California. From there, he earned a Rhodes scholarship to study literature at Oxford University. He ultimately joined the United States Army and achieved the rank of captain. He became a helicopter pilot, which served him well later. In 1965, he resigned his commission to pursue songwriting. He had just been assigned to become a teacher at USMA West Point. He got a job sweeping floors in Nashville studios. There he met Johnny Cash, who initially took some of his songs but ignored them. He was also working as a commercial helicopter pilot at the time. He got Cash's attention when he landed his helicopter in Cash's yard and gave him some more tapes. Cash then recorded Kristofferson's "Sunday Morning Coming Down", which was voted the 1970 Song of the Year by the Country Music Association. Kris was noted for his heavy boozing. He lost his helicopter pilot job when he passed out at the controls, and his drinking ruined his marriage to singer Rita Coolidge, when he was reaching a bottle and half of Jack Daniels daily. He gave up alcohol in 1976. His acting career nose-dived after making Heaven's Gate (1980). In recent years, he has made a comeback with his musical and acting careers. He does say that he prefers his music, but says his children are his true legacy.