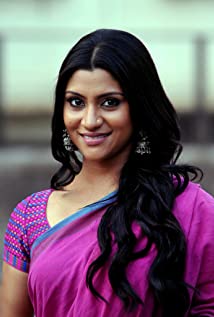 Konkona Sen Sharma is an awarding winning actress and the daughter of the celebrated actress and director Aparna Sen. Konkona is regarded as one of the most respected actresses in Bollywood with her memorable performances right from Mr. and Mrs. Iyer (2002) to Page 3 (2005), from Omkara (2006) to Life in a Metro (2007). Her singularly exquisite portrayal of a struggling actress in the undisputed hit Luck by Chance (2009) opposite Farhan Akhtar has also established her commercial success. Praising her performance in the film, noted film Critic Nikhat Kazmi of Times of India wrote, "The highpoint of the film are its performances, Konkona is a complete natural before the camera".

Dolly Kitty and Those Twinkling Stars

Lipstick Under My Burkha