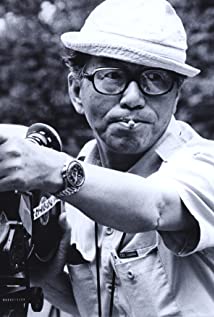 Kon Ichikawa has been influenced by artists as diverse as Walt Disney and Jean Renoir, and his films cover a wide spectrum of moods, from the comic to the overwhelmingly ironic and even the perverse. Ichikawa began his career as a cartoonist, and this influence is apparent in his skillful use of the widescreen, and in the strong, angular patterns seen in many of his compositions. He has directed Mr. Pu (1953), a popular film based on Junichi Yokoyama's "Mr. Pu" comic strip. At various points in his career Ichikawa has shown that he is capable of appealing to a popular audience without compromising his artistry. A great visual stylist and perfectionist, Ichikawa excels at screen adaptations of literary masterpieces, including Soseki Natsume's The Heart (1955), Yukio Mishima's Conflagration (1958), Jun'ichirô Tanizaki's Odd Obsession (1959) and I Am a Cat (1975) and Tôson Shimazaki's The Outcast (1962). He has also remade film classics, such as Yutaka Abe's Ashi ni sawatta onna (1926) (Ichikawa's version: 1952) and Teinosuke Kinugasa's Yukinojô henge: Daiippen dainihen (1935) (Ichikawa's version: 1963), transposing them to contemporary settings.The West was first introduced to Ichikawa when his The Burmese Harp (1956) won the San Giorgio Prize at the 1956 Venice Film Festival. His epic documentary Tokyo Olympiad (1965) (released the following year) and Alone on the Pacific (1963) explore, with dignity and imagination, the limits of human endurance. He has also worked in the thriller genre, with The Hole (1957), The Inugami Family (1976) and The Devil's Island (1977). Ichikawa tends to present strongly etched, complex characters: the stuttering acolyte who desires to preserve the "purity" of the Golden Pavilion (ENJO); the elderly husband who resorts to injections and voyeurism in order to remain sexually active (KAGI); the member of a pariah class who tries to deny his identity and to "pass" in regular society (HAKAI). More recently, Actress (1987) is a tribute to the fiercely independent Japanese actress Kinuyo Tanaka, who starred in many of Kenji Mizoguchi's films and was herself a director in later life. On the lighter side, Ichikawa's characters also include a 19th-century cat; a good-hearted, hapless teacher; and a baby who narrates how the world looks from his vantage point. He is especially adept at mixing comedy and tragedy within the same story. Until 1965, Ichikawa's close collaborator was his wife, screenwriter Natto Wada, with whom he produced most of his finest films.

Princess from the Moon