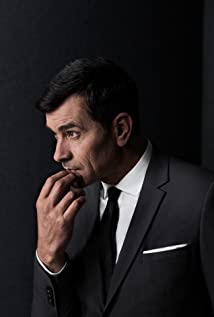 Award-winning Koen De Bouw (1964) is one of the leading actors in Belgium. He studied theatre at the prestigious Antwerp Studio Herman Teirlinck, and made his film debut in 1988 upon graduation. Since then he played leading parts in more than 30 Belgian and international films as well as a similar number of television series, several of them internationally awarded. Koen has had a long collaboration with top Belgian directors Jan Verheyen and Erik Van Looy, most recently Van Looy's 2016 film The Prime Minister (2016). His other film credits include starring in Van Looy's 2008 international cult hit Loft (2008). Koen stars opposite Matt Bomer and Kelsey Grammer in the Amazon series The Last Tycoon (2016), created by Billy Ray. In Belgium he can also be seen as "Jasper Teerlinck", the enigmatic lead of the hit #1 rated Belgian television series Professor T. (2015), running for 3 seasons in Belgium, with remakes in France and Germany. In 2019, Koen continues to solidify his status as leading man with starring roles in series such as Glad IJs (2021), the Flemish-Dutch coproduction Grenslanders (2019), and the feature film Torpedo (2019), set to release in October.OnProfessor T. (2015): "Koen de Bouw's performance lifts the show to new heights" - "De Bouw's performance is mesmerizing and poignant" - Entertainment Focus "Leading man Koen De Bouw completely owns the part" - vodzilla.co "The outstanding central performance by Koen de Bouw is totally compelling" - The Doctor Who Companion

The Man Who Sold His Skin