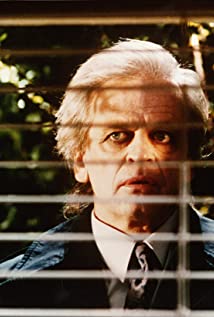 Klaus Kinski was born as Klaus Günter Karl Nakszynski in Zoppot, Free City of Danzig (now Sopot, Poland), to Susanne (Lutze), a nurse, and Bruno Nakszynski, a pharmacist. He grew up in Berlin, was drafted into the German army in 1944 and captured by British forces in Holland. After the war he began acting on the stage, quickly gaining a reputation for a ferocious talent and an equally ferocious temper. He started acting in films shortly afterward, showing an utter disregard for the quality of the productions he appeared in and churning out so many that a complete filmography is almost impossible to assemble.However, he did turn out memorable work for director Werner Herzog, a similarly driven and obsessive character. Herzog and Kinski pushed each other to extremes over a 15-year working relationship, which finally ended after filming Cobra Verde (1987), a production plagued by volcanic clashes between the star and director, involving--among other things--violent physical altercations and mutual death threats. He subsequently directed and starred in the notorious Paganini (1989), his only film as director and which was marked by (again) clashes between Kinski and his producers, who accused him of turning their movie into a pornographic film and sued him in court. His autobiography, "All I Need is Love", a vicious attack on the film industry, was withdrawn for legal reasons and subsequently re-released as "Kinski Uncut" in the US & UK, "Ich brauche Liebe" in Germany, and in various other languages.

Revenge of the Stolen Stars