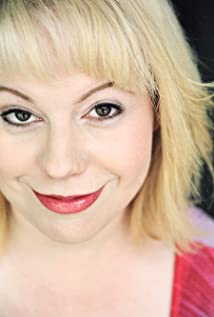 While Kirsten is best known as the bespectacled-brainiac-tech-kitten Penelope Garcia on the CBS hit drama Criminal Minds (2005)(and its spin-off Criminal Minds: Suspect Behavior (2011)), she has had a long and varied career prior to joining the cast of the hit CBS series. Stage appearances include Perfuct, The Book of Liz and a number of plays at Hollywood's Theatre of NOTE (where she has been a longtime member and past president of that theater's Artistic Board), including The Learned Ladies, The Fan Maroo, Spider Bites and A Mulholland Christmas Carol. Her stage work has garnered the Los Angeles Drama Critics Circle Natalie Schafer Award for best emerging comic actress, the 15 Minutes of Fem Best Actress Award, and a Garland Award for best actress for the West Coast premiere of Neil LaBute's Fat Pig at the Geffen Playhouse. She was recently seen on stage as the torch-singing femme fatale in []link=nm1670679' critically acclaimed film noir spoof Kill Me, Deadly (2015) which is being made into a feature starring and executive produced by Vangsness. Vangsness has written a number of plays and performance-art pieces which have been seen throughout Los Angeles. Her most recent one woman show Mess, played to sold out audiences in Hollywood at Theatre of NOTE. In addition to Criminal Minds, Kirsten can also be seen in season three of the weirdly wonderful web series Pretty and season two of the web series Vampire Mob. Other film appearances include The A-List (2006), Scream of the Bikini (2009), In My Sleep (2010), and The Chicago 8 (2011).

Dave Made a Maze

Phil of the Future: Gadgets & Gizmos