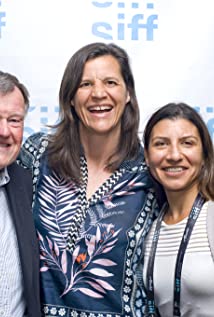 Kirsten Johnson graduated from Brown University in 1987, with a BA in Fine Arts and Literature. After two years in West Africa working on local fiction and documentary film projects, she attended the FEMIS (the French National Film School) in Paris. Her film "Cameraperson" premiered at Sundance 2016 and her short "The Above" premiered at 2015 New York Film Festival. Her work as a cinematographer appears in Oscar-winning "Citizen Four," Academy Award-nominated, "The Invisible War," Tribeca winner, "Pray the Devil Back to Hell," "Fahrenheit 9/11", Academy Award-nominated "Asylum," "This Film is Not Yet Rated," and "Derrida."

This Film Is Not Yet Rated