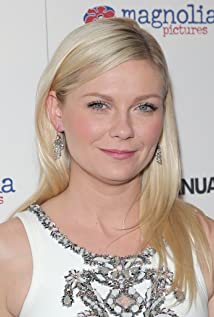 Kirsten Caroline Dunst is an American actress, who also holds German citizenship. She was born on April 30, 1982 in Point Pleasant, New Jersey, to parents Inez (née Rupprecht), who owned an art gallery, and Klaus Dunst, a medical services executive. She has a younger brother named Christian Dunst, born in 1987. Her father is German, from Hamburg, and her mother, who is American, is of German and Swedish descent.Her career began at the age of 3 when she started modeling and appearing in commercials. She made her feature film debut with an uncredited role at age 6 in the 'Oedipus Wrecks' segment of Woody Allen's 1989 film New York Stories (1989). She received her first film credit in The Bonfire of the Vanities (1990). Her family moved to Los Angeles in 1993, where her film career took off.In 1994, she made her breakthrough performance in Interview with the Vampire: The Vampire Chronicles (1994), alongside such stars as Brad Pitt and Tom Cruise. Her performance earned her a Golden Globe nomination, the MTV Award for Best Breakthrough Performance and the Saturn Award for Best Young Actress. In 1995, she was named one of People Magazine's 50 Most Beautiful People. Over the next few years, she made a string of hit movies including Little Women (1994), Jumanji (1995) and Small Soldiers (1998).In 2000, she received rave reviews for her role as "Lux Lisbon" in Sofia Coppola's independent film, The Virgin Suicides (1999) and proved her status as a leading actress in the comedy hit, Bring It On (2000). She also graduated from Notre Dame High School in Los Angeles in June of that year.In 2002, she landed one of her best known roles as Peter Parker's love interest, Mary Jane Watson, in Spider-Man (2002). She continued her role in Spider-Man 2 (2004) and Spider-Man 3 (2007).She went on to land roles in such films as Eternal Sunshine of the Spotless Mind (2004), the romantic comedy Wimbledon (2004), and in Cameron Crowe's Elizabethtown (2005). She also played the title character in Sofia Coppola's Marie Antoinette (2006).Dunst won the Best Actress Award at the 2011 Cannes Film Festival for her performance as Justine in Lars von Trier's Melancholia (2011). In 2012, she appeared in Walter Salles' film adaptation of On the Road (2012) and the independent comedy Bachelorette (2012). She also has several films in production, including The Two Faces of January (2014).Her charity work includes designing a necklace to raise funds for the Elizabeth Glaser Pediatric AIDS Foundation as well as supporting various cancer charities.

The Power of the Dog

The Jinx: The Life and Deaths of Robert Durst