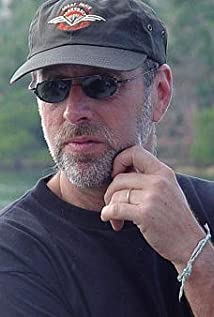 Kirk Wolfinger is an Emmy and Peabody Award winning filmmaker who has been making films since 1985 when he directed his first documentary, Black Magic, (winner of the American Film Festival's Blue Ribbon). Since then he has produced and directed numerous critically acclaimed, award winning television specials and series broadcast nationally and internationally on most major networks and leading cable and streaming outlets.Kirk's forte is adventure, science and historical programming. He has been working in the genre continuously beginning in 1990 when he produced his first NOVA/WGBH, "Submarine". Since then, Kirk has produced more than 30 NOVA specials on topics ranging from biological weapons in the former Soviet Union to lost Nazi U-boats near New Jersey to climate change in Antarctica. He has worked with some of the most brilliant minds in science including Svante Pabo, the leading geneticist at the Max Planck Institute, as well as Nobel laureate physicist Saul Perlmutter of UC Berkley and he has filmed Dr. Robert Ballard of the Nautilus Institute for several ocean oriented science specials. He has accompanied a host of world-renowned explorers, scientists and astronauts on dozens of adventures across the globe and deep beneath the sea.In addition to the Emmy won for "Bioterror", Wolfinger has won a regional Emmy, for "Coma: The Journey Back" as well as garnered several other National News and Documentary nominations. He has also received a George F. Peabody Award for "Moon Shot", and the American Film Festival Blue Ribbon and the Independent Documentary Association Award. In 2010 his documentary film "The Rivals" won several film festival awards including Best Picture at the Phoenix Film Festival.

Failure Is Not an Option