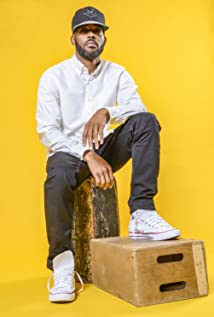 Kirk Fraser is a multi award-winning director, screenwriter and producer. He directed and produced the critically acclaimed ESPN Films Without Bias, which won the Grand Jury Prize for Best Documentary at the 13th annual American Black Film Festival, a 2010 Peabody Award, and was nominated for an Emmy for Outstanding Sports Documentary.Fraser's other work includes The Life of Rayful Edmond: The Rise and Fall in 2005, which was a catalyst for the American Gangster series he produced with Black Entertainment Television and Lil Kim: Countdown To Lockdown in 2006. "Naked Hustle", a six-part documentary series that defines the culture and lifestyles of exotic dancers for AMC/UMC and the documentary film, "United We Stand" the story of Muhammad Ali 1967 Summit in partnership with IMG, and LeBron James' Uninterrupted. Fraser produced the Showtime documentary film Basketball County: In The Water.Kirk produced and directed Tuskegee Airmen: Legacy of Courage, for History Channel. Fraser explores the legacy of the Tuskegee Airmen, the legendary group of African American pilots revealing how these warriors for change helped end segregation in the military and pave the way for the civil rights movement.