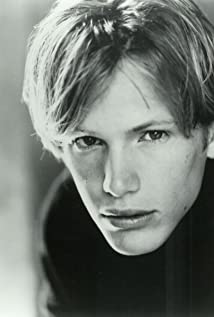 Kip Pardue was born in Atlanta, Georgia on September 23, 1975. He grew up playing football and baseball and graduated from Dunwoody High School, located in Atlanta, Georgia in 1994. The next year he was recruited to play football by Yale University. He graduated in 1998 with a degree in Economics. Kip headed west afterwards and enjoyed a successful career as a model for Abercrombie & Fitch and Polo. Soon after he next turned to acting and landed TV roles on 7th Heaven (1996) and was cast as Josh Ford on the WB Hit Popular (1999) before the role was later re-cast.After making his film debut in the racy independent flick But I'm a Cheerleader (1999) and later Whatever It Takes (2000), Kip got his big break with his role in Remember the Titans (2000) with Denzel Washington. He then starred as Sylvester Stallone's Indy racing protégé in Driven (2001). Soon afterwards, Kip was named by Armani Exchange as one of the "Top 10 Upcoming Actors" and Variety claimed he was one of the "10 to Watch" for this year. With several new movies due out later, including The Rules of Attraction (2002), based on the Bret Easton Ellis novel, you can be sure his face won't be disappearing from the screen.