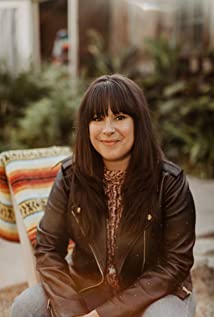 Kimberly McCullough has been a working actor since the tender age of seven months. She made her first TV appearance in a diaper commercial opposite 'Juliet Mills'. She attended NYU's Tisch School for the Arts in 1996-97. McCullough's mother, a dance instructor, fostered her daughter's love of dance and, as a child, Kimberly danced on such shows as Fame, Solid Gold, and The People's Choice Awards. She made her feature film debut when she was 6 in the 1984 break-dancing musical Breakin' 2: Electric Boogaloo. Kimberly was a Director in the ABC/DGA Creative Talent Program 2012-2014. In January, 2013, Kimberly directed her first episode of television on the hit Disney Channel Series, Shake It Up! and became a member of the DGA. She also raised 100k for her feature film project Creve Coeur, Mo. on Indiegogo starring Kathryn Prescott, Jenna Elfman and Zach Knighton. Kimberly recently Directed an episode of KC Undercover, starring Zendaya and will be Directing as episode of Pretty Little Liars in the upcoming season 6.