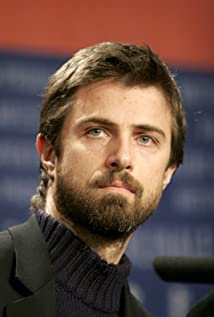 Kim Rossi Stuart was born on October 31th, 1969 in Rome, Lazio, Italy. He began acting at the age of 5 along with his father Giacomo Rossi Stuart in The Murri Affair (1974). Kim's mother, Klara Müller, is an ex-top model. Kim has 3 sisters, 2 of them actresses like him: Loretta Rossi Stuart and Valentina Rossi Stuart, the latter also stunt-woman. Ombretta is the third sister.Kim left his parent's home at 14 (1983) and also left school to study theater and in 1986 began acting regularly, especially on TV productions, like Fantaghirò: Cave of the Golden Rose: The Cave of the Golden Rose (1991) and for the cinema with a small role in The Name of the Rose (1986). However it was with Karate Warrior (1987) and Poliziotti (1995) that Kim reached popularity. After this commercial movie he began to act only in quality movies, like Senza pelle (1994) where his role, a man with psychological problems, was appreciated by critics. Then he acted with the legendary director Michelangelo Antonioni in Beyond the Clouds (1995), and in an international TV fiction The Red and the Black (1997).In the last years he came back to act in the theater with "Re Lear", a tragedy by William Shakespeare, and with the most important Italian actors like Turi Ferro in the opera "Le visiteur", a comedy by Eric-Emmanuel Schmitt, from which it is derived Il visitatore (1997), still interpreted by Kim and Turi.On November 26th, 2011, at the age of 42, Kim became a father: the actress Ilaria Spada, his girlfriend from just a few months before, gave birth to their son, a child called Ettore. They have announced their intention to marry in summer 2015.