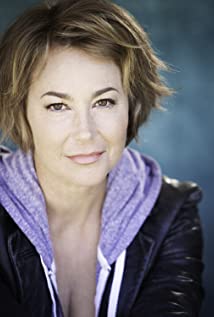 Kim Rhodes grew up in Portland, Oregon. She attended Southern Oregon State College and earned her B.F.A. in Acting and graduated summa cum laude. Kim graduated from Temple University with her Masters in Fine Arts (M.F.A.). She is certified in four kinds of stage combat: hand-to-hand, quarterstaff, rapier and dagger. Kim has an insatiable appetite for reading. For Kim's first AW Fan Club Luncheon, she rewrote the lyrics for "All for the Best" from "Godspell". She enjoys reading comic books and playing pool and dancing. Kim debuted in her first soap opera, Another World (1964), as "Cindy Brooke" on August 8, 1996. She has appeared in various plays including several written by William Shakespeare. Kim has spent three years as a veterinarian technician's assistant.