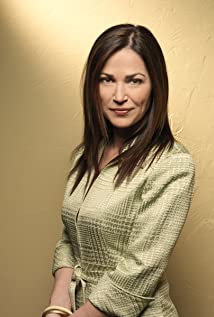 Kim Delaney was born on November 29, 1961, in Philadelphia, Pennsylvania, and was raised in Roxborough. She is the daughter of Joan and Jack Delaney, who retired from Delphi Automotive, where he served as a committeeman for the United Auto Workers. She has four brothers: Ed Delaney and John Delaney, who are older than her, and Keith and Patrick Delaney, who are younger. As a cheerleader at John W. Hallahan Catholic Girls High School in Philadelphia, she dreamed of being a court reporter and settling close to home. Kim began her modeling career working for the Elite agency while still in high school. After graduation, Kim continued to model in Philadelphia and then headed for New York City, quickly winning commercials. She studied acting in New York with William Esper. She auditioned for Dynasty (1981) and Dallas (1978) , but lost out. When she auditioned for All My Children (1970), however, she got the part of Jenny Gardner, and in August 1981 her acting career took off. In the spring of 1983, she made her busy schedule even busier by performing in an off-Broadway play directed by Dorothy Lyman. She has been nominated for many acting awards, winning an Emmy Award for Outstanding Supporting Actress in a Drama Series for playing Diane Russell on NYPD Blue (1993). She has continued to star in both television and theater, as well as in films such as Rules of Engagement (1997) and Mission to Mars (2000). Kim Delaney lives in Los Angeles, California.

Betting on the Bride

Nightmares & Dreamscapes: From the Stories of Stephen King