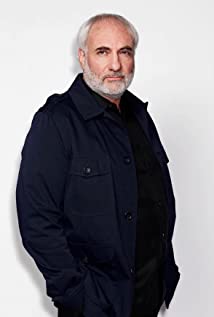 Kim Bodnia is a Danish actor, who was born in Copenhagen in 1965. His ancestry is from Poland and Russia.Kim Bodnia is educated as an actor at the Copenhagen Theatre school (1988-1991). After an amazing theatre career as an actor and creator of new Danish theatre in Copenhagen, he had his breakthrough in Nightwatch (1994) for which he received The Robert Award for best supporting actor.After his breakthrough, he established the companies Bella Entertainment1 and Bella Film Production, which have produced a number of his films since then.In 1996, the much acclaimed film, Pusher was released and Kim Bodnia was honored for his lead role as Frank. Then followed films as Bleeder (1999), In China They Eat Dogs (1999), Escape (2001), Dragonfly (2001), Jolly Roger (2001), Old Men in New Cars (2002), Himmelfald (2002).In 2010 he had a role in the Danish director Susanne Bier's Oscar winning film - Best Foreign language "In A Better World " and Kim starred along side Trine Dyrholm and Pierce Brosnan in the success film "Love is All you Need (2012)In November 2014, he won the The Angela Film Prize Award for European Film making at the Killkenny Subtitle Film festival in Ireland.Today Kim Bodnia is a highly respected actor for his work and his role as Martin in the Nordic Noir most famous Danish/Swedish Television crime show "The Bridge I and II". He won The Golden Nymph Award for best actor in television in 2014 at The Festival de Télévision de Monte-Carlo.Kim had a lead role in Rosewater, directed by Jon Stewart, his first movie as a director. The film received amazing criticism and the acting opposite Gael Garcia Bernal was astonishing.In 2018, Kim landed the role as Konstantin in the international TV success series Killing Eve I, II and III and the TV series has been a huge success worldwide and has won numerous prizes as Best TV series at the 2019 Golden Globes and The Critics' Choice Awards. Kim was nominated at the TV Baftas 2019, as best supporting actor for his role as Konstantin. Killing Eve IV will start filming in 2021.Kim has been chosen to play the role as Vesimir in the hit Netflix series The Witcher, which will show series II in 2021.

One Day in the Life of Noah Piugattuk

The Veil of Twilight