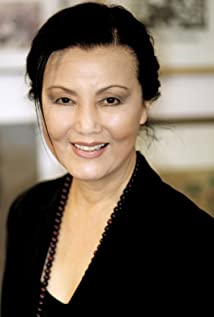 Veteran Vietnamese born actress Kieu Chinh is best known to moviegoers for her role as Suyuan Woo in the 1991 film "The Joy Luck Club". She also made a notable guest appearance on the hit CBS-TV series "M*A*S*H" as Kyung Soon, an aristocratic South Korean socialite whom Hawkeye begins to fall in love with (which is reciprocated) after he's enlisted by Colonel Potter to attend to her sick mother in the episode "In Love and War" (directed by Alan Alda) in the series' sixth season.In the 1960s, in addition to Vietnamese films, she also appeared in several US productions including "A Yank in Viet-Nam" (1964) and "Operation C.I.A."' (1965), the latter opposite Burt Reynolds. Kieu Chinh also produced a war epic "Nguoi Tình Khong Chan Dung" (Warrior, Who Are You) (1971), which later would be remastered and shown in the U.S. at the 2003 Vietnamese International Film Festival.In 1975, while Kieu Chinh was on the set in Singapore, communist North Vietnamese overran Saigon. Kieu Chinh left for the U.S. where she resumed her acting career in a 1977 episode of M*A*S*H "In Love and War", written by Alan Alda and loosely based on her life story.Kieu Chinh subsequently acted in feature films as well as TV-movies including The Children of An Lac", "Hamburger Hill" (1987), "Riot" (1997), "Catfish in Black Bean Sauce" (1999), "Face" (2002), "Journey From The Fall" (2005), and the FOX-TV series "21" (2008).From 1989 to 1991, she had a recurring role as Trieu Au on the ABC-TV Vietnam War drama series "China Beach".For over a decade, Chinh has been a lecturer of the Greater Talent Network in New York. She has been invited to give keynote addresses at Pfizer, Kellogg, Cornell University and University of San Diego. Kieu is also active in philanthropic work. Together with journalist Terry Anderson, she co-founded the Vietnam Children's Fund, which has built schools in Vietnam attended by more than 25,000 students annually. Kieu Chinh and Anderson continue to serve as the Fund's co-chair.

Journey from the Fall