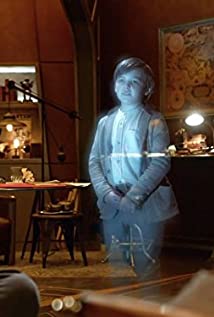 At an age when most children are obsessed with toys and tantrums, 2-year-old Kiefer O'Reilly showed far more interest in being one of the people he saw on TV. His mother, being the wise woman she is, got him into background work at the age of 3, placing him on a path towards an auspicious future no one could yet foresee.While doing background work for Hallmark's/CBC's popular show When Calls the Heart (2014), Kiefer played the son of Jill Morrison, who was portraying his pregnant mother. Originally, he had no lines in the scene, but when asked if he was up to the task he agreed at once. From that moment on, Kiefer's career was off-and-running.After performing his first supporting lead role in the indie film Floating Away (2015), Hallmark saw that Kiefer could handle major cast characters and so they awarded him his first professional supporting lead as Zach in the beloved Hallmark film October Kiss (2015), opposite Ashley Williams. Moreover, it wasn't long before Hallmark capitalized on his talent by finding him a role in what would become one of his all-time favorite films to-date, All Yours (2016), with Genea Charpentier, Nicollette Sheridan, and Dan Payne. Special memories in this film include rock climbing with Dan Payne, boating and shooting nerf guns with the cast and crew. Young Kiefer had a tough time wrapping this movie-family.Not long after this special film experience, Kiefer was rewarded with a recurring role for DC on what has become an immensely popular show, DC's Legends of Tomorrow (2016). While shooting the character of Jonas (that was created by Marc Guggenheim), he had to spit in the face of Casper Crump, who was playing Vandal Savage. Though Kiefer was hesitant to do it on the first take, Caspar got a face full of real spit on the second take!In his most dramatic role to-date, Kiefer was cast as Burke Ramsey in the 2016 Lifetime telepic Who Killed JonBenét? (2016). Playing a character who behaves irrationally was a dramatic challenge for any 9-yr-old actor but Kiefer proved that he had the stamina and ability to play Burke and to handle with ease all of the media the role demanded of him.In 2017 Kiefer landed his second movie for Lifetime playing the brother of a kidnapped and brutalized young girl. In I Am Elizabeth Smart (2017) Kiefer plays one of Elizabeth's younger brothers in the drama produced and narrated by Elizabeth Smart, recalling from her perspective her harrowing kidnapping in 2002.In addition to his on-camera work, Kiefer works in the family business. His parents own Arcana Studio, a busy animation house for which Kiefer has voiced the films Pixies (2015) and the Howard Lovecraft trilogy (as the lead 'Howard'). In the latest feature, Howard Lovecraft & the Undersea Kingdom (2017), O'Reilly is a magic user that is trained by Dr. Henry Armitage, voiced by Mark Hamill.Kiefer has three sisters (one older and two twins who are younger), and the entire family is very close knit and supportive, something that has aided him in the pursuit of his dreams.

I Am Elizabeth Smart

Howard Lovecraft and the Frozen Kingdom