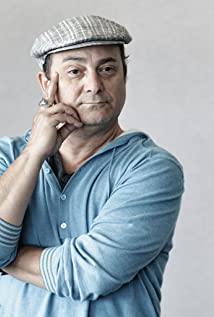 Short (5'5"), dark, compact, balding character actor, impressionist and comedian Kevin (Elliott) Pollak was born in San Francisco, California, on October 30, 1957, to Robert and Elaine (Harlow) Pollak, of Jewish descent. A stand-up comedy performer at age 10, he attended Pioneer High School in nearby San Jose, before turning professional comedian at 18. He rose through the ranks to the top of the San Francisco comedy scene by age 25, then decided to switch his focus on acting.With his early 1980's comic reputation preceding him, Kevin earned a regular role in the short-lived National Lampoon comedy series Hot Flashes (1984) and also participated in the series Comedy Break (1985). A series of TV guest parts included "Amen," "Thirtysomething," "Who's the Boss," and a regular role as the head of a senior retirement facility in the comedy series Coming of Age (1988).Landing a part in George Lucas' Willow (1988), directed by Ron Howard, the opportunity became the wind beneath his wings, and Kevin sailed from then on. Critically noticed for his featured role as Izzy in the acclaimed Polish-Jewish family drama Avalon (1990) written and directed by Barry Levinson, he moved ahead with support parts in L.A. Story (1991) and Another You (1991), but it was dry-humored lieutenant in Rob Reiner's powerful drama A Few Good Men (1992) that shot him up the film credit's list. Not only starring in his own HBO stand-up comedy special, Kevin Pollak: Stop with the Kicking (1991), he made another serious attempt at TV stardom came and went with the short-lived comedy series Morton & Hayes (1991) which co-starred Kevin with Bob Amaral and featured "lost clips" of them as an old zany comedy team.Remaining a strong support player in the films Indian Summer (1993), Wayne's World 2 (1993), Grumpy Old Men (1993), Clean Slate (1994) and Miami Rhapsody (1995), Pollak often played the best pal of the lead to amusing effect, but took a major departure from his comic instincts to play pungent dramatics in three crime dramas: as Todd Hockney, one of the criminals/suspects in the ultimate whodunnit The Usual Suspects (1995); as real estate hustler Philip Green in Martin Scorsese's mafioso drama Casino (1995) and as drug agent Matt Gianni in the crime thriller Chameleon (1995).Pollak returned to lighter material uplifting John Candy's last movie comedy Canadian Bacon (1995), and appearing in the Lemmon/Matthau sequel Grumpier Old Men (1995), co-starring with Jamie Lee Curtis in the fun family film House Arrest (1996); the fictional pop band musical That Thing You Do! (1996); the zany farce The Sex Monster (1999); and the romantic comedies She's All That (1999) and Deal of a Lifetime (1999). Divorced from actress Lucy Webb (they appeared in the romantic dramedy Outside Ozona (1998)), they are the parents of two children.Pollak would return to the live stand-up stage in 2001, headlining a sold out 20 city tour. Comedy Central named him on their Top 100 Comedians Of All Time list. He went on to star in his own comedy special Kevin Pollak: The Littlest Suspect (2010). He has also hosted his own talk show, Kevin Pollak's Chat Show (2009) and, as an avid poker player, participated in both Celebrity Poker Showdown (2003) and Poker Night Live (2018).Quite busy into the millennium, Pollak's movie work has included primarily comedies, including his over-the-top crimesters in the farcical The Whole Nine Yards (2000) and its sequel The Whole Ten Yards (2004), as well as 3000 Miles to Graceland (2001), Dr. Dolittle 2 (2001), The Santa Clause 2 (2002), The Santa Clause 3: The Escape Clause (2006), Cop Out (2010), 3 Geezers! (2013), Compadres (2016), Lez Bomb (2018) and Benjamin (2019). On the TV front, he has enjoyed recurring roles in the mystery series Shark (2006); the horror comedy Sleeper (2010) (in which he made his directorial debut); the family comedy Mom (2013); the comedy fantasy Angel from Hell (2016); and the award-winning period comedy The Marvelous Mrs. Maisel (2017).