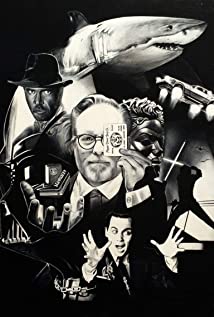 Kevin Pike is president of Filmtrix, Inc. He is a writer's consultant and a story developer for studios and production entities. He helps writers complete their scripts and guides them on how to pitch their written work to producers.Kevin Pike started out as a local hire for Jaws (1975) for Universal. He had been working on Martha's Vineyard as a busboy when the first of the crew arrived. He got a job working as a laborer, carpenter, painter and, later, helped out in special effects on the shark. After the location filming finished, Kevin came out to Hollywood and got his start on Islands in the Stream (1977) at Paramount, again helping to make sharks.A few years of working with veteran Special Effects men under the studio system brought Kevin to the position of Supervisor. He went on to supervise some notable and respectable films, working with prominent directors, e.g., Steven Spielberg, George Lucas, John Schlesinger, Tim Burton, Taylor Hackford, Gore Verbinski, Jan de Bont, and David Fincher, to name a few.Over the years, Kevin has garnered several awards, including a Primetime Emmy for Outstanding Achievement in Special Visual Effects ('94/'95) for Earth 2 (1995), and was considered for an Oscar nomination for Back to the Future (1985) for Bob Zemeckis. He earned a Clio for Best Special Effects (2000) on the Levi "Invisible Man" commercial for Michael Bay. In addition to his long term work in Special Effects,Kevin is also a member of the DGA, SAG/AFTRA BAFTA and often serves on the Special Visual Effects Committees for both the Oscar and Emmy Academies, where he served as a two- term Governor.Now after 45 years, Kevin serves as a screenwriting consultant from his home north of Los Angeles, CA.