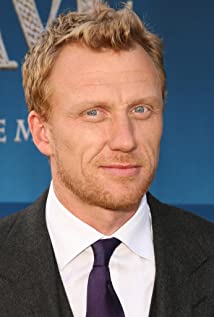 Kevin McKidd was born and raised in Elgin, Scotland, the son of Kathleen, a secretary, and Neil McKidd, a plumber. He was a member of the Moray Youth Theatre, before going on to study Engineering at the University of Edinburgh. While at the university, Kevin became involved with Bedlam Theatre, the university's student theatre company. At this point, Kevin decided to give up on engineering and dropped out of the university to pursue acting full-time. In 1994, he landed the leading role in the stageplay, "The Silver Darlings", produced by Robert Carlyle's Rain Dog Theatre Company. It was only a matter of time before Kevin made his screen debut as the vicious gangleader, "Malky Johnson", in Gillies MacKinnon's Small Faces (1995). His next role was as the tragic, gentle giant, "Tommy", in Trainspotting (1996).