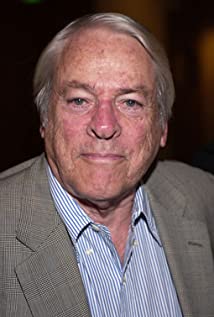 Handsome, chisel-jawed character actor Kevin McCarthy appeared in nearly 100 movies in a career that spanned seven decades. He also had some starring roles, most notably the horror cult classic Invasion of the Body Snatchers (1956). He played the disillusioned son Biff Loman in the 1951 screen adaptation of Arthur Miller's classic Death of a Salesman (1951), for which he was nominated for a Best Supporting Actor Oscar and won the Golden Globe Award for most promising newcomer (male).He is the younger brother of the late author Mary McCarthy and distant cousin of former U.S. Senator and presidential candidate Eugene McCarthy.McCarthy was orphaned at the age of four when both his parents died in the great flu epidemic of 1918. He was raised by his father's parents in Minneapolis, Minnesota, and later by an uncle and aunt. He graduated from Campion Jesuit High School in Prairie du Chien, Wisconsin, in 1932. He attended the School of Foreign Service at Georgetown University, Washington, DC, in 1933, intending to enter into the diplomatic field. He also attended the University of Minnesota, Minneapolis, in 1936 and the Actors Studio New York, New York. He had roles in two short-lived TV series: The Survivors (1969), with Lana Turner, and Flamingo Road (1980) as Claude Weldon, the father of the character played by Morgan Fairchild.The stage-trained McCarthy frequently appeared on Broadway. He starred as Jerry in "Two for the Seesaw" (1959) and as Van Ackerman in "Advise and Consent" (1960). He also played President Harry S. Truman in the one-man show "Give 'Em Hell, Harry!"McCarthy showed no signs of retiring as late as June 2007. McCarthy acted in the film The Ghastly Love of Johnny X (2012), playing the role of the Grand Inquisitor, at age 93, which was finally released in 2011. He died of pneumonia on September 11, 2010.

The Ghastly Love of Johnny X

Trail of the Screaming Forehead