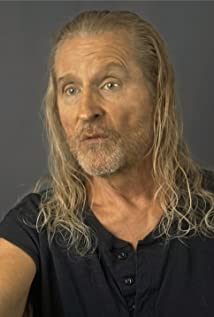 Originally from Buffalo, New York and now living in the Texas Hill Country after living everywhere from Seattle, to San Francisco, Sacramento, L.A., Alabama and Florida, Kevin Kinkade began his acting career on the stages of Houston, Texas in theaters such as Stages Repertory, Main Street, Theater Suburbia, Chocolate Bayou and Country Playhouse, performing the roles of Ivan Klimenko in "A Day Out of Time", Mark in "Taking Steps", Michael Wall in "Museum", Jarvis Adams in "Member of the Wedding", Marley's Ghost in "A Christmas Carol", Jerry in "Strange Attractors" in conjunction with Edward Albee's University of Houston script writing class and Lee in "True West" among others. After moving to Austin, he played Mr. Mean in the Zellner Brothers' production, "Plastic Utopia" but then dropped out of acting for awhile to work for Apple Computer but returned to the stage to perform in the Rites of Eleusis at the Scarlet Woman Lodge at the request of some friends where he also wrote and directed an adaptation of Aleister Crowley's "Rite of Saturn" and went on to write, direct and star in "Voices of the Dead", a ghost story set in Central Texas. Since then he has had roles in the trailer for the "Defiance" video game, a brothel patron in the movie "Joe" starring Nicolas Cage, the role of Roy Swann in "Frameswitch", Shilo's father in "Shilo", Shooter Revolver in "Cattleville" Shady Man in "Jackrabbit" a refugee in the TV show "Revolution", Walter the psychotic serial killer in "The Deranged", Steve in "CriminAl", Bill Pinsky in "The Sauce", the voice of Dutch in "6 Bullets to Hell", Marcel Edwards in "Jerico", the MNI leader in "Rain", the role of Travis, leader of the biker gang The Disciples in USA Network's new series "Queen of the South" and is continuing to book more roles every month.