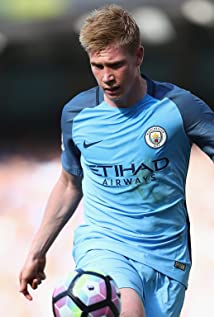 Known as one of the continent's assist kings, Kevin De Bruyne arrived at City with a huge reputation, but after just one full season with the Blues, it was easy to understand why the Club were so keen to secure his services.De Bruyne's creativity and eye for defense splitting passes and crosses prompted City to sign the Belgian international in the summer transfer window of 2015/16.He began his career at Belgian side Genk, quickly working his way into the starting XI for the Pro League outfit, and he soon became an integral part of their title-winning side, making 17 assists in all competitions and scoring six goals - a sign of things to come.After three full seasons, De Bruyne signed for Chelsea in January 2012, remaining at Genk for the rest of the 2011/12 season.He was then loaned out to Werder Bremen for the 2012-13 season, impressing for the Bundesliga side, for whom he scored 10 goals in 34 starts.He then returned to Chelsea, where he found first-team opportunities hard to come by. So much so, he made just nine appearances and was allowed to leave in the 2014 January transfer window, signing for Bundesliga outfit Wolfsburg.Though he made 18 starts during his first campaign, it was his first full season in sky blue that saw De Bruyne blossom into one of the best play-makers in world football.Apart from scoring 16 goals in 51 games, he broke the Bundesliga record for most assists with 21 in 2014/15, with his incredible contribution helping them finish second in the Bundesliga and to win the German Cup.His efforts led to him receiving the Bundesliga Player of the Year award, as well as the Footballer of the Year award in Germany.The impact he made in his first season at the Etihad was nothing short of brilliant, with the player quickly becoming a huge crowd favorite thanks to a series of match-winning displays.De Bruyne quickly became an integral part of the Blues' attack, orchestrating, providing and often finishing moves that quickly made him indispensable. Few players have enjoyed such a flying start, and his 16 goals and 15 assists bear testament to a stunning first campaign, during which he won a record four Etihad Player of the Month awards.Voted the MCFC Player of the Season in 2015/16, De Bruyne had another impressive campaign in 2016/17, topping the Premier League assist list in the process, but it was the 2017/18 campaign that saw the Belgian hit his peak, driving City to the title with some magnificent displays that saw him narrowly beaten to the PFA Player of the Year award.He was, however, voted Manchester City Player of the Season for the second time for his displays during 2017/18.