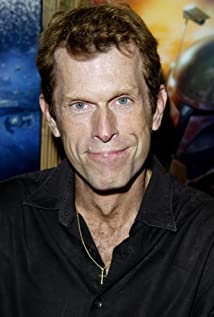 Kevin Conroy was born on November 30, 1955 in Westbury, New York. At age 17, Kevin earned a full scholarship to attend Juilliard's drama division, where he studied under actor John Houseman. In 1978, after graduating from Juilliard, he toured with "The Acting Company", Houseman's acting group, and in 1979, he went on the national tour of "Deathtrap". In 1980, he was cast in the daytime soap opera Another World (1964). However, he soon missed the theatre, and so he became associated with the Old Globe Theatre in San Diego, California, where he performed in "Hamlet" and "A Midsummer Night's Dream". From 1980 to 1985, he acted in a variety of contemporary and classic theatre pieces, including the Broadway production of "Eastern Standard" and "Lolita". He is very respected in theatre circles for his interpretation of Shakespearean characters, and in 1984, he played the title role in "Hamlet" in the New York Shakespeare Festival. Kevin returned to television in the television movie Covenant (1985). He was a series regular on Ohara (1987) in 1987, and on Tour of Duty (1987) from 1987 to 1988, before starring in a series of television movies. He is best known for providing the title role in the animated Batman: The Animated Series (1992) series.