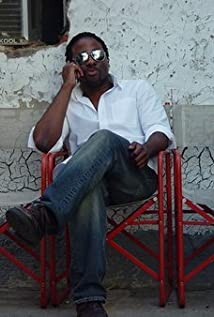 Kevin Arbouet (pronounced ar-boo-ay)Kevin Arbouet is a writer, director, producer and film executive whose career has been about expanding the idea of what diversity in filmmaking really means. With surprising influences that range from Nora Ephron and Mike Nichols to Bong Joon Ho, he is not only a rising African-American writer/director with a penchant for classic storytelling, but one who is defying stereotyped expectations - "It's important to me that the movie industry offers audiences a wide range of diverse voices telling stories."2016 promises to show Arbouet's versatility in action. It began with the airing of his Superbowl ad for Icelandic Glacial Water, featuring Instagram darling, Brock O'Hurn in Arbouet's own twist on the famous "Diet Coke Break" commercial. "Fair Market Value," written and directed by Arbouet, premieres this month at Geena Davis's growing Bentonville Film Festival. Starring Latin American sensation Luisana Lopilato in her English-language debut - along with Craig Berko (Cinderella Man), Julia Duffy (Shameless) and Tina Benko (Flesh & Bone), this fresh view on a modern screwball world finds two rival New York real estate agents joining forces to try to sell one of the poshest luxury mansions on Long Island.Next up, Arbouet is in pre-production as the writer and director of "Big Bad Billie Gunn", a sexy revenge thriller about the only female member of New York's famed Irish mob, the Westies.Arbouet's career has never followed a typical trajectory - perhaps because there were never many role models for the multitude of directions he yearned to go. Instead, his career has been a constant evolution. Born in Brooklyn, he grew up in love with movies. "I loved big, funny, beautifully structured Hollywood comedies and thrillers. But I didn't think it was realistic that I could make the kind of films I loved as a director," he says. "Only later, did I discover that if you wanted to carve out a different path, you had to do it on your own."Arbouet always had an eye for talent, so he followed that deep into the industry. He got his start as a modeling agent, then moved into developing the careers of promising new actors, which then led to producing indies. His skill for nurturing exciting artists led to his role Vice President of Lee Daniels Entertainment, where he developed projects for the company behind such award-winning hits as the Oscar®-winning "Monster's Ball" and the hard-hitting "The Woodsman," "Precious" and "The Butler."His own filmmaking breakthrough came in a quintessentially 21st Century way: with a viral video that exploded overnight to 100 million views around the world. In 2007, Arbouet and his friend Larry Strong answered a Craigslist ad and ... later that day, began a 6-hour shoot in and around New York City landmarks for "I Got a Crush ... On Obama," featuring the now famed "Obama Girl," A comedy phenomenon, the video tapped into a cultural moment, with Newsweek naming it a "Top 10 Meme of Decade" and the Webby Awards honoring it with "Top Web Video of the Decade."On the heels of a smash viral video, Arbouet next explored the brave new world of web-based entertainment, producing the sci-fi internet series Stream starring Whoopi Goldberg. Stepping into the borderless art world, he also produced David Michalek's innovative Portraits in Dramatic Time, a series of 40 short films - each shot in just 10 seconds but played back in intensely reveal slow-mo -- exhibited as part of the 2011 Lincoln Center Festival. The films brought Arbouet together with an all-star cast including Alan Rickman, Holly Hunter, Liev Schreiber and William H. Macy.Arbouet loved helping other artists get their projects made as a producer, but he still envisioned himself a writer-director working in the core of the mainstream. He continued honing his craft on commercials, music videos, even directing Triumph the Insult dog on a foray in Times Square for Conan O'Brien's late night show. He then made his feature debut with the thriller Serial (co-directed with Larry Strong) starring Lauren Velez (Dexter, Oz, New York Undercover) as a television reporter lured into a cat-and-mouse media game with a serial killer played by Erik Jensen (The Exonerated, The Bronx Is Burning). The film unspooled at the Long Island International Film Festival, earning him a screenplay award as well as an audience choice award.In addition to debuting Fair Market Value, Arbouet also wrote and directed the sci-fi adventure Police State, the story of a New York City deliveryman who accidentally uncovers a terrorist plot, to be seen in 2016. Arbouet also just directed the provocative music video for "You Know the Drill" by the Brooklyn-based, Honduran-born, LGBT-celebrating hip-hop artist known as I.K.P, (the Infamous King of Positivity) slyly explores shifting perceptions of gender, identity and self.Ultimately, his aim is to forge a career "that proves being an African-American filmmaker can be limitless"

Cassanova Was a Woman