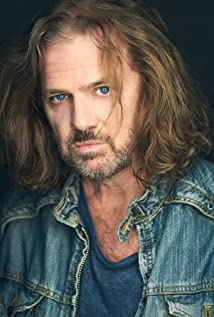 KEVIN ANDERSON has been a Steppenwolf Theatre Ensemble member for 35 years. He recently wrapped up the world premiere production of Tracy Letts's "THE MINUTES", a scathing political satire, directed by Tracy's longtime collaborator "AUGUST OSAGE COUNTY" director Anna Shapiro, and co-starring fellow ensemble member and "CSI" star William Petersen. A highly anticipated Broadway production is slated for this coming fall of 2018.Kevin has enjoyed an enduring, distinguished career which spans the breadth of almost four decades. In that time, his stellar performances on stage and on screen have left lasting impressions with his audiences. An actor's actor and respected by his peers as one whose body of work exemplifies highly trained and accomplished talent, Kevin is regarded as one who holds his own both on stage and on screen opposite the biggest stars in the world. He is recognized for going toe to toe with some of the entertainment industry's most accomplished and established actors including Julia Roberts, Jack Nicholson, Al Pacino, Naomi Watts, Angela Basset, Michelle Pfeiffer, Patty LuPone, Jessica Chastain, Albert Finney, Jessica Lange, Vanessa Redgrave, and Richard Gere to name a few. He has also worked with some of the most iconic film and stage directors of our time including Alan J. Pakula, Norman Jewison, Mike Figgis, Phillip Kaufman, Sir Peter Hall, Trevor Nunn, Gary Sinise, Robert Falls, Anna Shapiro, and the indomitable composer Lord Andrew Lloyd Webber.Anderson made his feature film debut in the Warner Brothers hit "RISKY BUSINESS" with Tom Cruise yet his real career breakthrough and first big break came with Steppenwolf Theatre's "Orphans" (Joseph Jefferson Award). Kevin gained national critical acclaim for his riveting performance in which he played the show-stopping, frenetic, simian younger brother Phillip who lived on Star Kist tuna and Hellman's mayonnaise. The scenes between the desperate and dependent brothers Treat and Phillip became staples in every acting class across the country. This production took him all over the world from New York City's Broadway (Theatre World Award) to London's West End with Albert Finney to the Hollywood movie starring Finney and Mathew Modine and directed by the late great Alan J. Pakula. From that point on, Kevin's career continued to gather speed. He starred as Richard Gere's brother in the rural family drama "MILES FROM HOME" directed by Gary Sinise, followed by Norman Jewison's "IN COUNTRY" with Bruce Willis. The hit film "SLEEPING WITH THE ENEMY" in which Anderson starred opposite Julia Roberts established him as one of Hollywood's most promising young leading men.Kevin has always been drawn to compelling characters and powerful dramas. Throughout his career, he has shown exceptional range and performed in a wide variety and eclectic array of material ranging from "LIEBESTRAUM" with director Mike Figgis, "HOFFA" portraying Bobby Kennedy opposite Jack Nicholson in the title role, "RISING SUN" with Sean Connery and Wesley Snipes to the romantic comedy ensemble "THE NIGHT WE NEVER MET" with Mathew Broderick and Annabella Sciorra. He has gone from musicals like "SUNSET BOULEVARD" opposite Patti Lupone in London's West End to the Julia Roberts thriller "SLEEPING WITH THE ENEMY" to Tony nominated American classics on Broadway like "DEATH OF A SALESMAN", "ORPHEUS DESCENDING" with Vanessa Redgrave, and "COME BACK LITTLE SHEBA", or the "MILK TRAIN DOESN'T STOP HERE ANYMORE" with Olympia Dukakis, to independent films at Sundance, and then on to both cable and network television. Other notable film work includes the Miramax release "FIRELIGHT" opposite French actress Sophie Marceau directed by Bill Nicholson followed by the drama "EYE OF GOD" (which premiered at the Sundance Film Festival) by actor/writer/director Tim Blake Nelson, and "A THOUSAND ACRES" opposite Michelle Pfeiffer. Some other favorite feature films include "DOE BOY" produced by Chris Eyre ("Smoke Signals"), "WHEN STRANGERS APPEAR" with Radha Mitchell, "CHARLOTTE'S WEB" in which he plays Dakota Fanning's father, and "RUBY'S BUCKET OF BLOOD", an original feature film for Showtime in which he starred as a white blues singer who falls in love with an African American "juke joint" owner (Angela Basset) in the late 1950s in the deep American South.Kevin is perhaps best known for his performance as Father Ray, the strong willed, unconventional, and maverick Catholic priest rebelling against church hypocrisy and authority in ABC's ground-breaking, prolific, and prophetic television series and cult favorite "NOTHING SACRED" for which he was nominated for a Golden Globe Award in 1998. He also received Best Actor nominations from the Viewers for Quality Television, the Online Film and Television Association, the Television Critics Association, and a Peabody Award for the production. Other forays into television include the critically acclaimed but short-lived Jerry Bruckheimer series "SKIN" opposite Ron Silv

Heaven Is for Real

The Hunt for the Unicorn Killer