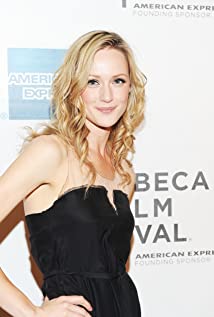 Kerry Lynne Bishé is a New Zealand-born American actress, known for her lead role as Donna Clark in the AMC television series Halt and Catch Fire (2014). Bishé played the lead/narrator role on the final season of ABC's medical sitcom Scrubs (2001) and starred in the critically acclaimed drama film Argo (2012). Bishé was born in New Zealand, and shortly afterward, she and her family moved to Glen Ridge, New Jersey. She graduated from Montclair Kimberley Academy (where her father, Kenneth Bishé, taught social studies) in 2002, and then studied at Northwestern University. Bishé toured professionally with Montana Shakespeare in the Parks during the summer of 2004, performing the role of Juliet in Romeo and Juliet. She also appeared in a 2006 production of Eugene O'Neill's The Hairy Ape and in the Roundabout revival of Shaw's Pygmalion. Bishé made her screen debut in 2007, when she portrayed Sarah Rosen in The Half Life of Mason Lake (2007), a low-budget production. After appearances as an extra in the film adaptation of Sex and the City (2008) and The Lucky Ones (2008), and a small role in The Understudy (2008), Bishé was cast in Night Life (2008), a TV movie directed by Scrubs star Zach Braff. The production did not make Bishé well-known, but did introduce her to Zach Braff, with whom she later worked on Scrubs (2001). Bishé was busy in 2009 with television roles, appearing in an episode of the US version of Life on Mars (2008), an episode of cable TV series Royal Pains (2009), and a lead role in the TV movie made from the failed pilot of the proposed sci-fi series Virtuality (2009). In December 2009, Bishé assumed the lead role on ABC medical sitcom Scrubs (2001), that of Lucy Bennett, the show's new narrator, taking over from Zach Braff. ABC cancelled the show on May 14, 2010. Bishé co-starred in the independent movie, Nice Guy Johnny (2010), with Edward Burns and Matt Bush. She also played a supporting role in Kevin Smith's horror film Red State (2011) and Ben Affleck's drama film Scoot McNairy. Bishé co-starred in the independent movie, Grand Piano (2013), with Elijah Wood. From 2014 to 2017, Bishé starred as Donna Clark in the acclaimed AMC television drama series, Halt and Catch Fire (2014). By coincidence, her character's husband in Halt and Catch Fire (2014) is portrayed by actor Scoot McNairy, who also played her spouse in Argo (2012). In season three of the Netflix Original series, Narcos (2015), she portrays the recurring role of Cristina Jurado, the American wife of the Cali Cartel's Harvard-educated money launderer Franklin Jurado.