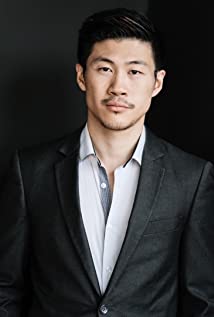 A multidisciplinary performing artist, Kenny graduated from McGill University in Montreal with a Bachelor of Music Performance Degree on the violin. Throughout his musical studies, he knew he had to pursue acting as well and began researching for acting classes in Montreal. There, he found Straeon Acting Studios with renowned acting coaches Jock MacDonald and Isabel Farias and continues training there weekly.Kenny made his TV debut on Bravo's '19-2'. He was then cast in a recurring principal on New Form Digital's new musical series 'Lost Generation' working alongside Katie Findlay (How to Get Away with Murder, Carrie Diaries). In addition, he had principal roles on Crackle's TV series 'The Art of More' and worked alongside Brie Larson and Naomi Watts in Lionsgate's 'The Glass Gastle'. Kenny also worked on Sony's TV pilot 'Roadside Picnic' and will work on Deathwish (MGM/Paramount) and 'Brad's Status' (Plan B) across from Ben Stiller later this Fall.As a filmmaker, Kenny created his own comedy series called Battle Jar: Resolving Arguments Since the Dawn of Time. The show, about four friends living in an ever changing world controlled by the magic of an ancient jar, premiered it's pilot episode at Montreal Comiccon 2016 and it's web series sketches at Ottawa Comiccon 2016.As a violinist, Kenny has travelled all over North America to perform. He was a Schulich Scholar at McGill University and was recognized by the music faculty for "Outstanding Achievement in Violin Performance". Since his studies, Kenny had the opportunity to perform with many orchestras in Quebec and British Columbia including the Vancouver Symphony Orchestra, Cirque Du Soleil, Appassionata Chamber Orchestra, Laval Symphony Orchestra, Les Grands Ballets Canadiens de Montreal and Trois-Rivières Symphony Orchestra. He had the privilege of performing in Zelda: Symphony of the Goddesses twice with the Vancouver Film Orchestra, Michael Buble's "Crazy Love" album, as well as in concert with Il Divo. As a soloist, he has performed with the Richmond Symphony Orchestra and the Vancouver Metropolitan Orchestra on several occasions.