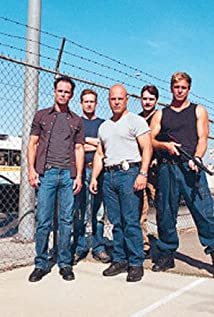 Kenny Johnson is an American actor whose celebrated range, depth and sincerity has only been magnified by starring opposite Oscar, Emmy and Golden Globe Award winners and nominees, such as Anthony Hopkins, Vera Farmiga, Holly Hunter, Juliette Lewis, Glenn Close, Forest Whitaker, Maria Bello, and Michael Chiklis, among others. Johnson can be seen in a barrage of critically acclaimed series, from Dexter (2006) to Bates Motel (2013), and from Sons of Anarchy (2008) to Secrets and Lies (2015). His portrayal of Detective Curtis Lemansky on The Shield (2002) won him a substantial fanbase struck by his character's strong but sensitive personality. Johnson's future only brightened - now consistently in demand as an actor who embraces his characters, protects them and fights with them to further not only their stories, but the stories of the actors around him.