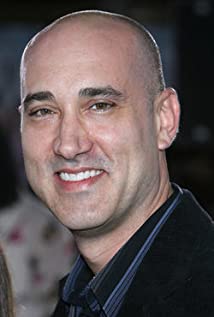 An accomplished character actor and comic, Kenny Alfonso was raised on baseball fields in Tampa, FL, following his funny Dad and big brother around while learning to hit the curveball. After 4 years of college baseball, the Austin Peay graduate spent 2 years as an Investigator for the State Attorney's Office in Tampa, sold Life Insurance and Securities for a year and worked 3 years as a Pharmaceutical Sales Rep all by the age of 27. That same year, Kenny was transferred to Atlanta and on a whim, pursued a childhood dream and began taking acting and improv classes. With early success on stage, in commercials and indie films, he threw a curveball of his own and suddenly left 'Big Pharma' to become a full-time actor/comic/waiter. Fast forward 25 years and Kenny is a veteran performer who can be seen in films such as: "The Founder", "Ride Along", "Finding Steve McQueen" and Academy Award Winner Barry Levinson's "The Bay", to name a few. Notable TV credits include; "Filthy Rich" from creator and Academy Award Winner Tate Taylor, "NCIS - New Orleans", "Nashville", "Prison Break" and 6 seasons on "Drop Dead Diva", among others. Kenny was also the co-host of "Barkitecture", a 'How To' show on the D.I.Y. Network and HGTV. As the official 'Barkitect', he built custom doghouses for rescued and adopted dogs and their new forever families. His commercial credits are 90+ and counting. Kenny has performed on stage from coast-to-coast at comedy festivals and in his one-person shows. As an entrepreneur, he's the co-founder and co-owner of The Goods® Brand Clothing. The Atlanta-based self-expression clothing line encompasses The Goods' meaning of self-belief and empowerment. - "If you got it, wear it!" When time and schedules allow, Kenny continues to write and perform sketch comedy with longtime partner, actress Melissa Ponzio who he admits is much funnier.