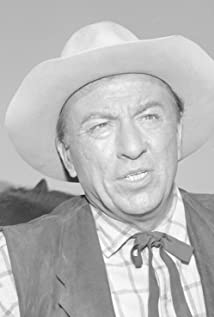 If ever there was an actor born to play a tough Irish cop, it was Ken Lynch, and he played so many of them in his long career that he could probably do it in his sleep. His suspicious manner, aggressive attitude, steely eyes and snarling voice broke down many a quavering suspect. He also played military officers, business executives and private eyes, and every so often he'd be a sheriff in a western, but it was as a street cop or detective that most people remember him.Born in Cleveland, OH, he started his acting career in radio dramas, and after gaining experience there he headed to Los Angeles, making his film debut in 1950. He appeared in quite a few movies over his career, but he also did an enormous amount of television work, and that's where most probably remember seeing him, as he turned up on pretty much every cop show, detective show and private-eye series ever made (he even showed up in an episode of the Jackie Gleason comedy series The Honeymooners (1955)--as a tough Irish detective!).He died in 1990 in Burbank, CA.