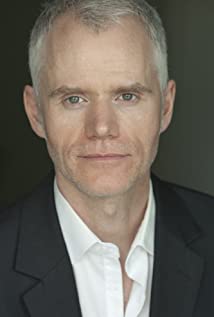 Originally from Scotland, Ken is a Vancouver based actor, improviser, comedian and musician. Ken won a Leo award for best performance in a music, comedy or variety program for his performance in the short film, Irregardless ( which he co-wrote with Jason Cermak & Nathan Clark). He is a long time improviser with Vancouver TheatreSports and has toured with the Second City throughout the Caribbean. Ken is a founding member and improviser/performer in the Canadian Comedy Award winning The Comic Strippers: a Male Stripper Parody & Improv Comedy Show. He has appeared at improv comedy festivals throughout North America and was a cast member of the critically acclaimed hit Gutenberg The Musical! (Vancouver). Having been a guitarist all of his life, Ken has shredded on his Flying V in the comedy metal band, The Knights of the Night, and created instant hits in the improvised Brit Pop band, Mirage. Ken was also the singer/songwriter/guitarist for the Vancouver based band, Good Night Mars. Ken has also worked internationally as an acclaimed storytelling and improv based leadership development workshop facilitator.