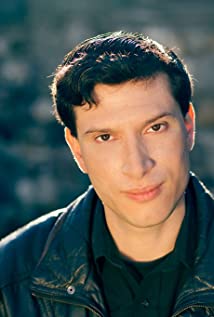 Ken Holmes was born in Teaneck, New Jersey in the United States, and his family moved to Vermont when he was three. Ken always had a passion for performing. In first grade, he would act out in front of his classmates pretending to be several characters, including a fundamentalist preacher who warned the kids of an impending apocalypse. He would later be home-schooled, but his love of acting continued. He spent long hours as a child in his room taping pseudo-radio programs on his tape recorder, where countless characters (all of whom he would do the voices for) dropped by to be interviewed. He also acted in a couple of home-school plays. When he was twelve, Ken landed a role as Robin in "The Merry Wives of Windsor" at Castleton State College (now Castleton University) in Vermont. It was this experience that made him realize that performance and a career in the arts was what he wanted to do with his life.In 2006, he spent a semester abroad in London where he went to a play nearly every night, sometimes seeing several in one day. While there, he took a master class on the craft of acting with Jeremy Irons. The following year, he attended Castleton State College where he studied Theatre with a concentration in Acting and Directing and a minor in Writing. Ken graduated from CSC cum laude with a Bachelor of Arts in Theatre.Since graduating, Ken has been going stronger than ever, acting in films and plays, as well as writing. Film work includes the Burglar in "Cold in July" with Michael C. Hall, Sam Shepard, Don Johnson, and directed by Jim Mickle; a Hipster in "Hits" with Matt Walsh, James Adomian, Wyatt Cenac, Michael Cera, David Koechner, Amy Sedaris, Julia Stiles, Derek Waters, and directed by David Cross; and Nikola Tesla in the New England Emmy Award-winning TV show "The Folklorist."Ken has been a lead, supporting, and featured actor in over thirty films, and is also a screenplay writer. He is the founder of the film company Rain & Neon Productions.