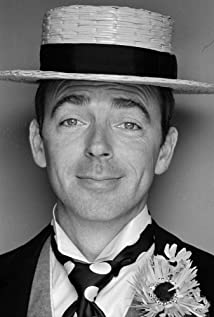 Dancing and the military were a large part of Ken Berry's life. When he was 13 he attended a carnival at his grade school; the dancers impressed him so much that he decided that's what he wanted to do with his life. His parents were supportive, and his dad even booked Ken into variety type shows. At 16 Ken got to join the Horace Heidt Youth Opportunity Program. Ken toured towns all across the nation, and through the Air Force the troupe entertained in Germany, Ireland, England, UK and several other countries. Later, while serving in the army, Ken won a spot in Arlene Francis' Talent Patrol (1953) show. Ken also got into the All-Army talent contest and appeared on The Ed Sullivan Show (1948) (aka "The Ed Sullivan Show"). When Ken's army hitch was up in 1955, he took the advice of his sergeant in Atlanta, Leonard Nimoy, to move to California. In 1957 Ken enrolled in a school, Falcon Studios, on the GI Bill to study acting. He got a job at the Cabaret Theater for $11 a week (that is not a typo). From 1958 to 1964 he was with the "Billy Barnes Revue." Lucille Ball came to see the revue, and offered Ken a job at Desilu Studios for $50 a week. It was also through the Barnes Revue that Ken met dancer Jackie Joseph; they were married on May 29, 1960. Ken made the transition to TV, and the couple adopted a son, John Kenneth, in 1964, and a daughter, Jennifer Kate, in 1965. A successful screen test led to his breakout role in the classic sitcom F Troop (1965). Ken was the bashful, bumbling but good-hearted captain who was always resisting Wrangler Jane's advances (but why?). Though the show was only on for two seasons, it seems like a lot longer because of reruns. After "F Troop", toward the very end of the next TV season, Ken landed the role of a lifetime--taking over for Andy Griffith in the retooled Mayberry R.F.D. (1968). The show was a hit with Ken in the lead and was still popular when it was canceled in the spring of 1971, when CBS axed all rural-oriented programming, a devastating blow personally and professionally to Ken. After "Mayberry"'s end, he appeared in an unsold The Brady Bunch (1969) spin-off pilot.When work in TV got slow, Ken went on the road again, doing summer and winter stock. He kept hoping for a new series, and he got his wish with Mama's Family (1983). Since he played a married man in this series, he did not resist the advances of on-screen wife Dorothy Lyman (in fact, he seemed to be making up for lost time). The series aired for two seasons, then was canceled. Ken went back to doing theater productions. However, when "Mama's Family" was sold into syndication, more new episodes were going to be needed. From 1986 to 1990 it was a top-rated sitcom. Ken was about ready to retire - almost. He continued to get occasional TV roles, and tried theater again for a while (in 1993 he starred with Carol Burnett in the stage production of "From the Top"). Early in 1999 Ken ventured back into television with a guest spot. He enjoyed it. Old soldiers and entertainers never die - they just go into syndication.

Two for the Seesaw