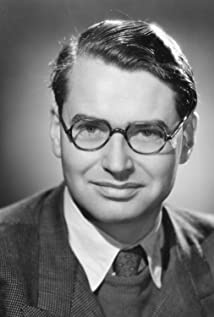 A former salesman and journalist, Ken Annakin got into the film industry making documentary shorts. His feature debut, Holiday Camp (1947), was a comedy about a Cockney family on vacation. It was made for the Rank Organization and was a modest success, spawning three sequels, all of which he directed. He worked steadily thereafter, mainly in light comedies. One of his more atypical films was the dark thriller Across the Bridge (1957), based on a Graham Greene story about a wealthy businessman who embezzles a million dollars from his company, kills a man who resembles him and steals his identity so he can escape to Mexico. It boasted an acclaimed performance by Rod Steiger as the villain and a distinct "noir" feel to it, unlike anything Annakin had done before (or, for that matter, since).In the 1960s he was one of several British directors--e.g., Guy Green, John Guillermin--who specialized in turning out all-star, splashy, big-budget European/American co-productions, shot on the Continent. He was one of the directors of the epic World War II spectacle The Longest Day (1962) and went solo on Battle of the Bulge (1965), both of which were financial--if not exactly critical--successes. He also directed Those Magnificent Men in Their Flying Machines or How I Flew from London to Paris in 25 Hours 11 Minutes (1965), which was less successful. His final film was Genghis Khan: The Story of a Lifetime (2010), a film that was started in 1992 under Annakin's direction but never completed. In 2009 it was restarted again and Annakin was hired to assemble the existing footage for release, but died before completing the job. Italian director Antonio Margheriti finished up and the film was released in 2010.

The New Adventures of Pippi Longstocking

The Biggest Bundle of Them All

Battle of the Bulge