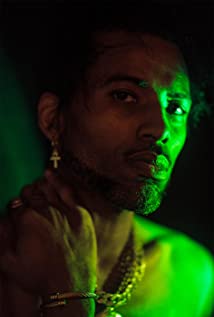 Kelvin Taylor was born in Hampton Virginia, along with his fraternal twin sister, Princess Taylor. He is an American actor, model, breakdancer, DJ, presenter, television personality, poet, human rights activist and practician of love. His mother is from Harlem New York and His biological father was a recovering drug addict who suffered for numerous years with substance abuse. He is also the nephew of KTLA anchor, NBC Hollywood iconic newsman and actor Dave Allen Clark.Taylor's family had an extensive influence from his Grandmother Irene Walker, a play write who contributed to scripting the famous religious play "Your Arms are too short to box with God". His uncle Mike Walker would later become a New York Broadway stage performer, and his mother a play write of her own. Observing such family performance and creativity, by age 5 he was attended his 1st school stage play playing the lead as the iconic children's character, "The Gingerbread Man". He developed a love for performance art, dance, theatre from an early age, acknowledging an early gift in his ability to perform in front of crowds in public school and church settings.Originally a theatre arts student at Green Run High School, Kelvin undertook studies under Marc Dyer in his new home city of Virginia Beach, VA USA in 1999. Attending high school with NFL Players DeAngelo Hall, Plexico Burress and living in a multi-cultural environment that further enhanced his imagination. His family would later relocate to Chesapeake Virginia, a more slightly racially segregated area Virginia where he would briefly meet Saturday Night Live (1975) Comedian, Jay Pharoah of Indian River High School. He also attended theatre arts classes under Nikki Roberts Keegan, a William and Mary University Theatre Major and teacher at Deep Creek High School. Little did he know this school was also home to recently cast actor Michael Copon (of "One Tree Hill" / Blue Ranger of "Power Rangers Time Force") who visited the school often. Due to racial tensions at the school, Kelvin would often resort to urban breakdancing as a positive source to harness his creative energy, focus, and discipline.During these formidable years, he became a troubled youth looking to escape his often troubling social environment. His parents would move often as he attended several High Schools, making it difficult for him to build substantial friendships with peers. As loner, he was often deemed as a social outcast due to attendance in church for religious reputation being imposed over educational values. Family indoctrination suppressed his creative outlets, created social handicaps of religious fear and often judgement that hindered his personal development to connect with others. By age 17, Kelvin dropped out of high school and became homeless for a couple of months only to return to school at age 18. Beating the odds of religious, family, social pressure, he became more then a statistic by finishing his high school career in 2004 and furthermore graduating by Mid-2005.Kelvin 1st began his career in entertainment originally at age 19 as a fashion model for Glamour modelling agency in Virginia Beach under the guidance of Norma Foxx for Glamour Modelling agency. From 2005 to 2008, Kelvin progressed from modelling within locally sponsored events and bridal shows to the top urban fashion apparel designers Azzure, Imperial Junkie, Shmack Clothing. Events whose sponsorship included including Japanese fashion label "A Bathing Ape", fellow Virginia Beach native, Grammy Award Winning artist producer Pharrell Williams and his "Billionaire Boys Club" clothing line. Kelvin also collaborated to help launch a recording label, "Golden Monkee Soundz", now known as "Beta Industries" as A&R and one of its co-founders. Current talents included today, popular social media socialite and recording artist JoeyG Of New York City recording label and movement "The Humanauts".By 2007, he underwent plastic surgery; He was given no choice at the time but to turn down an opportunity to study with John Robert Powers Performing arts school. He then sought opportunity to opt to diversify his vision and personal life experience abroad by moving to Australia in 2008. During his time in Australia, through his local music industry connections, utilising MySpace Music and Uncle Mark Walker of ASCAP Music Licensing, he was enabled to negotiate from Artist to management. He later returned to the US at the End of 2009 and was given a position as a liaising between Australian events promoter Craig Grainger for 2PM Studios, assisting to booking musical acts of all genres. Kelvin has spoken on the behalf of 2PM Records and GAS Agency either in person or by email with multiple recording acts. These artist range from Ryan Leslie, The Clipse, Mickey Facts, Jason Derulo, The New Boyz, Sebastian, LMFAO, Big Sean, Mike Posner, and Common.Kelvin decided in 2010 to seek new ground and ambition towards Asia-Pacific's Australian neighbour, New Zealand. In Auckl