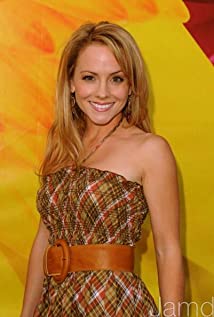 Kelly Michelle Stables was born in St. Louis, Missouri where she performed at The Muny Opera. She graduated cum laude from The University of Missouri, Columbia with a BA in Communications and Theater. Upon moving to Los Angeles she quickly got involved in theater arts, acting and choreographing in over 2 dozen plays and musical productions including The Little Foxes, Brady Bunch: The Musical, Peter Pan at the Thousand Oaks Civic Light Opera and 7 title roles in LA's award winning Storybook Theatre. While continuing to study improvisation at The Groundlings and becoming a company member of Theatre West, Kelly also started landing roles on television and in film. Her unique voice and petite stature has allowed her to take on a wide variety of colorful characters. She is known for her work alongside Naomi Watts, taking over the role as the evil Samara in The Ring 2, but is also more commonly recognized as the bubbly, bright receptionist on Two and a Half Men. From 2011-2015 Kelly played a paralegal at-day/party hopper at-night, as a Series Regular on the TV Land sitcom The Exes. She was also a Regular as the sassy sexpert little sister to Alyssa Milano on ABC's Romantically Challenged, as well as the stressed out suburban mom on the CW's No Tomorrow. She has lent her soprano singing voice to several cartoons including Doc McStuffins, Tom & Jerry and Sofia the First. Most recently she can be seen as the dim but lovable Cloud 9 employee on NBC's hit comedy Superstore. She lives a quiet, private life with her husband and two young children and enjoys sewing, writing and volunteering at school activities.

Tom and Jerry: The Lost Dragon