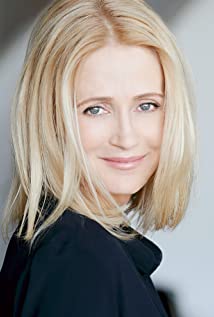 Kelly Rowan is best known for playing "Kirsten Cohen" on The O.C. (2003) for which she won a Prism award for best actress. She recently starred in and executive-produced The Good Times Are Killing Me (2009) with Rupert Graves.Her recent indie film credits include Jack and Jill vs. the World (2008) and Mount Pleasant (2006) (for which she was nominated for best supporting actress at the Vancouver Film Festival). She starred opposite Samuel L. Jackson in the Warner Bros./Mel Gibson- produced thriller One Eight Seven (1997). Other film credits include Assassins (1995) with Sylvester Stallone and Antonio Banderas and Hook (1991) for 'Steven Spielberg (I)'.Kelly seems to move effortlessly between the big and small screen. She starred in and executive-produced Eight Days to Live (2006) and In God's Country (2007) (both nominated for Gemini awards for Best Television Movie in 2007). She also appeared in the first season of Boomtown (2002) for NBC, in addition to starring in The Truth About Jane (2000) with Stockard Channing, the mini-series A Girl Thing (2001) for Showtime, and the award-winning Anya's Bell (1999) for CBS.Kelly won critical acclaim and the Gemini Award for Best Actress in a Movie/Mini Series for her performance in the CBS movie Adrift (1993) opposite Bruce Greenwood.Kelly also won a CTV International Achievement Award in 2005.When not on screen, Kelly is an active executive producer with her producing partner, Graham Ludlow. In 2007, they won a CFTPA indie award for outstanding independent producers for In God's Country (2007). They have also produced She Drives Me Crazy (2007) for Lifetime and the CTV network.

Jack and Jill vs. the World

The Truth About Jane