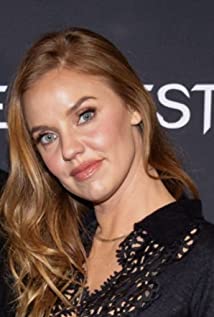 A California native, Kelli Garner made her film debut at age sixteen in director Mike Mills' short film Architecture of Reassurance. Her performance captured the attention of director Larry Clark who cast her in her first feature film, as the drug-addicted teen, Heather Swallers, in the controversial docudrama Bully, establishing Kelli as an edgy young talent. After honing in on her unique chameleon like skills in more independent film, the fiery young actor earned a part as the 1940's Hollywood ingénue, Faith Domergue, in Martin Scorsese's The Aviator, opposite Leonardo DiCaprio. Soon after, she reunited with Mike Mills for his 2005 Sundance hit Thumbsucker, and further proved her ability to shine in comedy, with her first leading roles, starring opposite Tommy Lee Jones in Man of the House as well as the quirky and off beat comedy Lars and the Real Girl, opposite Ryan Gosling.On the television side, Garner most recently starred as Kate Ryan on NBC's The Enemy Within opposite Jennifer Carpenter and Morris Chestnut and gave a knockout performance per Variety as Norman Jean /Marilyn Monroe in LIfetime's event drama, The Secret Life of Marilyn Monroe, also starring Susan Sarandon. Garner co-starred in ABC's 1960's airline drama, Pan Am, opposite Christina Ricci , cementing her throwback, vintage appeal, along the way.In both film and television Kelli has continued to disappear into role after role, leaving us with raw, honest and heartbreaking performances.Some other notable roles include, Ang Lee's Taking Woodstock and Alex Aja's Horn's with Daniel RadcliffeHer Theatre credits include:The Seagull by Anton Chekhov, opposite Diane Wiest Classic Stage Company1+1 by Eric Bogosian, New York Stage and FilmDog See's God: Confessions of a Teenage Blockhead by Bert V Royal Century Center for Performing Arts

Body of the Mined

I Don't Want to Be Your Love

The Secret Life of Marilyn Monroe