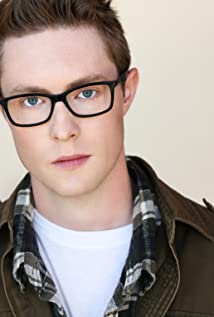 Kellen Pembleton was born in Buffalo, New York to Patricia (Montondo) and Donald Pembleton. His love for film started at a very early age, as far back as he can remember. Growing up in a small town, he would always go to the movies with his dad and often imagined of a day where he could eventually move out to California to be in them. His first play was in 2002 when he was at the tender age of six years old. The play was Willy Wonka and the Chocolate Factory put on by his kindergarten class at Maple East Elementary School. Ever since, Kellen was often found running around the house and the neighborhood with his friends filming videos on small cameras. As the years progressed, Kellen would update his equipment and eventually got into making short films. He showcased his work at various film festivals across New York and Pennsylvania starting back in 2012. Around this period, Kellen started to get more and more involved in the Buffalo film community, from taking small roles to being a production assistant on many occasions.In August 2015 at the age of 19, after a handful of years making films with his friends in his hometown and post-high school graduation, Kellen moved to California to take a semester of film and acting courses at Santa Monica College. He then decided to return to Buffalo to finish college at home before his permanent return to the city of angels in May 2018. 1 year before, in May 2017, Kellen drove back to California for a second time to work on getting his SAG card. The small productions and opportunities in Buffalo never presented this possibility to Kellen, so he decided to make it happen for himself, during summer vacation. The 3000+ mile drive seemed to prove effective after getting an offer from a director to work on a New Media project under the SAG New Media Contract which would lead to instant Screen Actors Guild eligibility. In 2020, Kellen snagged his first lead role playing famous pastor "Rick Warren" in Saddleback: Origins.

Attack of the Killer Shrews!