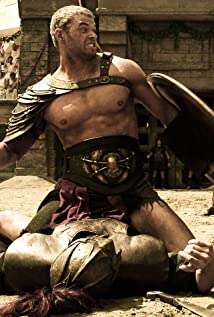 Actor and model Kellan Lutz was born in Dickinson, North Dakota, to Karla (Theesfeld) and Bradley Lutz. He has six brothers and a sister, and is of German, as well as smaller amounts of English, Swedish, and Dutch, descent. As a child, his family moved around, and he grew up in North Dakota, the Midwest and Arizona. Upon high school graduation, Lutz relocated to California to attend Chapman University and study Chemical Engineering, but left in order to pursue a career in acting.Lutz had picked up a few modeling jobs as a teenager, but got his first TV break with a small role in The Bold and the Beautiful (1987) in 2004. More television success followed, including parts in The Comeback (2005) and Generation Kill (2008). He was also cast in some film roles, including Accepted (2006) and Prom Night (2008), but his major break came in 2008 when he won the role of vampire Emmett Cullen in the smash hit Twilight (2008), and its subsequent sequels.

The Legend of Hercules