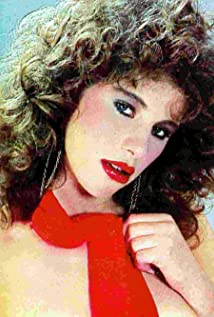 Keli Richards was born in Norwood, MA, and grew up in Dedham, MA. of Irish and Italian descent, she was the youngest in a family of eight children (she has four brothers and three sisters). Her s father was a World War II veteran and a police officer who committed suicide when she was 11 and was raised by her very strict mother. She ran track in high school, but dropped out of high school in the tenth grade and got a job as a waitress.She moved to Irvine, CA, at 18 and continued to work as a waitress. One day she answered an ad for modeling and wound up becoming a client of the World Modeling Agency, run by legendary agent Jim South. She began her career in adult films in the mid-'80s but quit porn in the late '80s and got married. She moved to Rochester, NY, but that marriage lasted only five months and was annulled. She eventually moved again to Canada and remarried and eventually gave birth to a son. She divorced her second husband in 1999 and started a career in banking. She then went back to school and crossed into the medical field.She has had problems with drug addiction and survived a third marriage with an abusive spouse. As a result of poor choices she wound up in federal prison. After spending over a decade estranged from her son she was reunited with him on Facebook. Keli made a comeback in the porn industry in 2018.